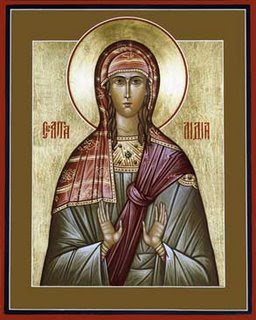 If I think back to the summer of 1992,
I can still recall the distinct feeling
Of almost having my hand squeezed right off the end of my wrist.

I was engaged to be married to Jacquie at the time.
We were both still in college in Oklahoma,
Going to school about 90 miles away from the town where I grew up.
Thought maybe it’d be good to show up back
At my old home church in my old hometown one Sunday
With my fiancée on my arm.
Show ’em I wasn’t too good for them.
One sunny, windy Sunday morning, up we went to worship, hand in hand.
It was nice seeing all those folks again.
They seemed reliable and dependable to my tired student eyes,
Which had fairly recently been opened to a sense of how the world actually works.
The singing was reliable, too,
But most everything else had changed.
There was a new pastor,
And he had introduced this thing –
A time of intentional prayer, he called it –
Where the men would come forward
And kneel on the carpeted steps around the altar
And pray for God to send righteous moral leadership in the form of men
Who would turn around the direction of the country
And put an end to notorious things. This should have been a clue.

Then came the sermon.
I don’t remember anything else the preacher said,
But I do remember him saying the following:
He said, “God will not bless a woman-led church.”
And then, for good measure, he said it fourteen or fifteen more times.
“God will not bless a woman-led church.”
I had a gut feeling he was wrong about that.
I also had a feeling I was about to lose my hand,
Because the compression Jacquie was putting on it –
Heaping up all her frustrations at the preacher in the room –
The compression was so tight as she was holding my hand
That I thought I might not make it out of there with both hands intact.

She had to register her displeasure with the content of the sermon somehow.

It was an iconic moment for me.
It would cause me to be sensitive to how you, too,
Might not always be in agreeement with me, and how you might respond,
And who you feel safe transferring the pain of your disagreements to,
Although I have long maintained that if you have a problem with me,
I sure hope you’ll feel free to come see me privately about whatever it is.
But what was that squeezing on my hand, really, that sunny Sunday morning?
I’ll tell you precisely.
It was the legitimate complaint of a righteous woman to a corrupt biblical teaching,
And if I didn’t have complete proof before that point that I should marry her,
It was all I would ever need from that moment on.
She vetoed and invalidated a blowhard sermon with a simple gesture.
She was right, too. Very right.
She knew good teaching from bad, and she wanted to let me know,
And to blow off a little steam. Well: message received.

And Lydia was right, too.
If ever you needed proof that God does bless churches led by women,
Look no further than her story, in the Acts of the Apostles.
Lydia, who we met in our first reading of the day.
“A dealer in purple cloth”
Who heard the message about Jesus Christ loud and clear from Paul
In the shade down by a creek on the Sabbath day.

There seems to be a fair amount of agreement among biblical scholars
That someone who sold purple cloth in that day and age
Would probably have been a person of means,
Or at the very least not been at the rock bottom of society,
Despite the fact that women were not accorded the same respect as men.
A person of means was someone with “a household” –
Someone with authority, with a house and servants to manage –
Someone on whom many others depended for their livelihood.
A highly capable person. A self-sufficient person.
Like an awful lot of the women I know
Who’re keeping their households and their businesses intact and sane,
All at the same time.

And Lydia was the first European convert to the Jesus Movement –
A link on an ever-lengthening chain expanding out of Jerusalem.
Acts is all about how the Gospel of Christ moves out into the world,
And here we have important symbolic evidence of that.
What is more, the message about what God has accomplished in Jesus Christ
Has found a reliable home in which to lodge and from which to spread:
A home that is both intelligent and self-sustaining.

The New Testament mentions plenty of women
Who helped the Jesus Movement along in its infancy:
Lydia, yes, but also Dorcas, and Chloe, and Phoebe, and Johanna, and Rhoda.
Uncounted women present at the moment of the Pentecost when the Spirit went wild.
Also the unnamed daughters of Phillip, and Eudia, and Syntyche.
Prisca, and Nympha, and Lois, and Eunice.
They all passed along the news of Jesus and sacrifically gave of themselves
And blessed the workings of the early church.
And God blessed them.
And God blessed their enterprise.
And God blessed their churches.
And the Word spread like wildfire.

It sure is a mighty big leap in logic
From this biblical understanding of the church
To a preacher feeling well within his rights
To criticize the work of women in the church.
It certainly overlooks an awful lot of history
To suggest the women in your church aren’t doing any good.

Not only that:
I also recall leaving that service with Jacquie on that sunny Sunday morning
And walking a short distance down a hallway to a reception space
Where we enjoyed hospitality prepared by the ladies of the church
And stood around and visited with the nursery workers who were also women.
We walked over carpet freshly vacuumed by a female volunteer
And out into the world through glass doors
That had been shined up the day before by that woman’s cousin, an unpaid woman.
Whoever would stand on the holy work of women and eat their lovingly prepared food
And cast an eye over the faces of their children
Must be accounted a fool to shame them on the same day as a whole class of people.

As for us, we don’t play that game.
I don’t get to say that your gift to God on this holy altar
Is less worthy than mine.
I don’t make such pronouncements out loud,
And if I so much as think them I ought to confess them.
God is God. You’re not. Neither am I.
So we do as instructed; we make no distinction.

Every gift given in God’s service is a good gift.
Let those who can lead, and those who want to, come forth and take a part.
Because this much is true:
God alone judges the human heart.

Take this word from this altar and spread it around.
And let those who have ears truly hear this truth.
Posted by The Rev. Torey Lightcap at 12:59 PM

Email ThisBlogThis!Share to TwitterShare to FacebookShare to Pinterest
Labels: Acts 16:9-15, Acts of the Apostles, Lydia